Bringing it home with Jerma: The 10th and final OPNFV release 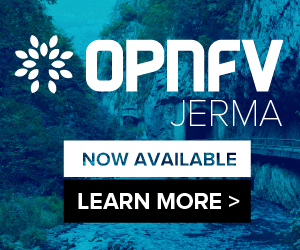 The parade of once-in-a-lifetime events during 2020 made it a year that many would prefer to forget, world-wide! OPNFV participants and their LFN staff rose to meet every test. Our year began with a challenge to “catch the ball” from CNTT, in terms of their reference model, architecture, infrastructure, and conformance requirements.  I am very proud to see how OPNFV volunteers stepped-up to lead aspects of the merger and define our partnership. OPNFV immediately revised its mission to emphasize that role, and developed a new release process to manage the increasing development requirements establishing a “game of catch” with fast review between two cooperating players.

Going forward, we have every perspective needed to produce a conformance and badging program that saves telco and supplier time and effort. Meanwhile, development continued at a rapid pace, with some projects like Functest utilizing the self-release model and Orange leading those contributions. Growth continued, with new projects like Kuberef starting-up, and others like SampleVNF, CIRV, Barometer, and VSPERF expanding their participants. OPNFV now offers a test framework with key projects (Functest, VSPerf, NFVBench and Sample VNF) all able to run smoothly and quickly in any end user CI toolchain via Xtesting and XtestingCI tooling.

At the close of the year, we’re excited to announce the 10th and final OPNFV stand-alone release. Jerma culminates over six years of development effort, integration, and testing; supporting CNTT’s evolution, and advancing testing, benchmarking, and service assurance for the industry. During the Jerma release cycle, OPNFV projects like Airship Installer and CIRV, added enhancements, tool support, validation, and automation. Testing projects VSPerf and SampleVNF added benchmarking capabilities and more. For Service Assurance, the Doctor and Barometer projects made a number of enhancements and integrations to further enable telco-grade infrastructure maintenance, upgrades, and testing.

As the *Last* OPNFV TSC Chair, I am humbled by the volunteerism in OPNFV. The OPNFV Jerma release is the summation of over 6 years of development effort, integration, testing, weathering the test of time (and again more testing)! I also want to thank the many LFN-Interns and Student Volunteers who have contributed to OPNFV; your contributions have been substantial. OPNFV is well positioned for the merger with CNTT in Q1 2021 and to support the needs of network operators and telco ecosystems into the future. It has been an honor to serve OPNFV’s goals in many capacities, and a privilege I hope to continue. I invite you to follow our continuing journey by attending the Anuket Launch Event on January 27, 8:00 AM PT!